I’m not going to go into a diatribe about the difficulty of writing really good endings.  I will say that perhaps the first great ending of a story I ever really noticed was Ann Beattie’s “The Burning House.”  Go track it down, if you’ve never read it.

I’ve come to realize that the latter one might actually work on its own as a short short.  I’ve never really written a short short before, so I find this pretty exciting, and isn’t that what we want from our writing?  It also alleviates the pressure of having to improve the story that comes before it so that it’s even remotely close to the quality of the ending.

The former one is the less problematic of the two, if only because it’s a fairly universal ending.  It’s a romantic ending, about a man realizing that the woman he’s been sleeping with is actually more than that.  Basically, it lent itself to a story about girls and denial and that kind of thing, which is right in my wheelhouse. 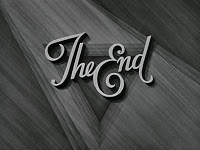 Here’s the weird thing: I attached the ending to a new short story that takes place during the same time in which I wrote the aforementioned ending.  Okay, I know that sounds like post-modernism run amok, but, trust me, it makes sense.  But I wrote this story now, and it’s basically a story of “me” being with some girl who isn’t my wife (although she’s not technically anyone at all, since it’s a complete work of fiction).  That’s a little weird.  I don’t think I’ve ever given her anything to read before that involved a love interest that wasn’t, on some level, her.

It’s also bizarre because I’m going back to a certain time of my life and writing about it from the future, when the ending I’m building this story around was written at that time.  The question now is whether my obvious hindsight will be obvious to the reader.

Great endings are hard to come by, so I have to take advantage of them when they come along.

View all posts by kylegarret